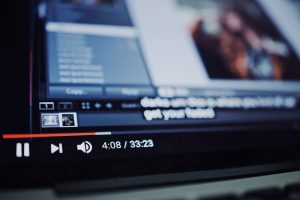 Over the past year, viewing YouTube on television has more than doubled, and now the video platform wants to work with broadcasters instead of competing with them.

Anybody at the YouTube Brandcast would have noticed a very different feeling to the event. The event last year saw Google telling advertisers if they would like to reach 16- to 34-year-olds that they would have to give 24% of their television budgets to YouTube. However, fast forward one year and YouTube is now taking an approach that is much more collaborative, saying that online video and TV work the best together.

YouTube stated that although 73% of viewing in the UK occurs on mobile, TV is its fastest-growing screen. We assume it comes off of a low base, however, the increase in the ownership of smart TVs and growing expectations from consumers to gain access to a broad range of content means that YouTube has increasingly become part of your living room experience.

Also, unsurprisingly, it is most prevalent with millennials. YouTube now claims almost half (48%) of those 16 to 34 years old watch YouTube on their televisions.

Matt Brittin, president of Google’s EMEA business and operations, told marketers at the event that you probably don’t realise that the most rapidly grown screen for viewing YouTube videos is the old big screen that is in your living room. Over the past year, watch time on televisions has more than doubled.

This change in YouTube strategy has been in the works for a while now. Earlier this year, YouTube partnered with Thinkbox, the TV advertising body, on some research conducted by the IPA and Fat Free Media. It showed that marketing campaigns are more effective when video and TV work together.

A 54% increase was shown by the study in the average number of really big business effects – which is the impact that marketing has on profitability – by combining online video and TV together. Whenever television is used by itself it this increase goes down to 32%, and online video only is 25%.

Lindsey Clay, CEO of Thinkbox, has welcomed this changed of heart, saying that “I am delighted that YouTube is recognising the critical importance that TV has to its success as well as its advertisers success. It always should have been all about ‘and’ instead of ‘or’ and it is a very welcome turnaround. Television has a very exciting future and evidence is showing that television advertising is continuing to get more effective – mainly due to its great relationship with online.”

YouTube might have realised that trying to pit itself against television wasn’t working. Brands still are heavily investing in television spots, as is evidenced by its increased media spends. YouTube and TV together can compete against any other media, on basically anything that is not video, and hopefully convince markets to spend even more money with them.

However, it does face challenges, and in particular, from Facebook. Millions have been invested by the social network to bring its live offering to Facebook’s 1.7-billion audience when it rolled live video out to all of its users in the US. And Nicola Mendelsohn, its EMEA boss has stated she is expecting Facebook to become “all video” within five years.

It isn’t only YouTube that is willing to work with television. Traditional broadcasters are seeing advantages as well to having YouTube being part of their content mix.

Cecile Frot-Coutaz, CEO of Fremantle Media Group, speaking at Brandcast, joked that the company at one point, which is behind such programmes as Britain’s Got Talent (BGT) considered suing YouTube, viewing it as a competitor after Susan Boyle on BGT found her stardom through its channel.

However, Fremantle, instead of competing, is collaborating now with YouTube, and is posting videos of the contestants and having live broadcasts to help boost interest in its TV show and ratings.

James has also done similar things, by getting his ‘Carpool Karaoke’ segment uploaded to YouTube to broaden his audience past the two million who are willing to stay awake past midnight in order to watch The Late Late Show programme.

Alison Lomax, Google’s brand solutions director, told Marketing Week that working with YouTube more collaboratively has opened up its content to the world, which has been embraced by Fremantle.